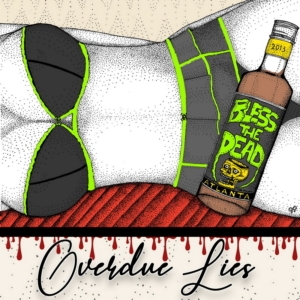 The new mini-EP from Atlanta’s finest Bless The Dead is called Overdue Lies and has the feel of rock ‘n’ roll bleeding into genres of traditional metal. Two high tempo songs bringing the thought of a southern thrash punch, all while holding a groove metal foundation. High energy vocals/vocal choruses, guitar riffs/solos and bass creativity with drum fills carrying the songs through their very core.

The themes on Overdue Lies are about a mixture of influence, an escape and consciousness of situations. Its about hanging on too long and having to let go. Letting a poison make you lie to yourself, which sometimes puts you in very tough situations.