Nefesh’s fourth album, Panta Rei, presents itself in a unique structure. The evolved quality of the music perfectly balances melodies and harmonies which certainly make the album the band’s masterpiece. It can be described as a fascinating and sometimes breathtaking journey through the shades of emotions and feelings of the human mind. The melodies and lyrics incorporate the naked and harsh realities of human feeling in their purest form.

One of the particularities of this album is the possibility to approach it in different ways. Each way totally different from the other but still connected. One approach is to simply listen to each song as an individual track. Anyone who wants to dive deeper into the Panta Rei experience needs to listen to the whole work multiple times. Panta Rei is a full-length concept album where each song is connected to each other in one or more ways. The album is composed as a trilogy that consists of three songs each. Every trilogy typifies a part of the human relationship.

The first part of the trilogy represents the inner battle of a human being, facing his own fears and insecurities. The songs of the second part of the trilogy deal with the existence and necessity of other people being part of one’s life even if their existence is often perceived as something negative. The trilogy is concluded with a final part that deals with the fact that people are connected and relationships and connections are inevitable for personal growth.

Every trilogy has it’s own singularities:
Part 1: Its first song is in English, the structure is intricate, the voice is generally aggressive hence it represents the inner fears.
Part 2: The songs of the second part of the trilogy have Italian lyrics, the structures are simpler and the voice is softer as it represents constructive, optimistic thoughts.
Part 3: The third part is composed both in Italian and English, the structure is unpredictable. The vocals have more facets combining the realities of the first two parts of the trilogy.

Will the inner conflict be resolved? Listen yourself… 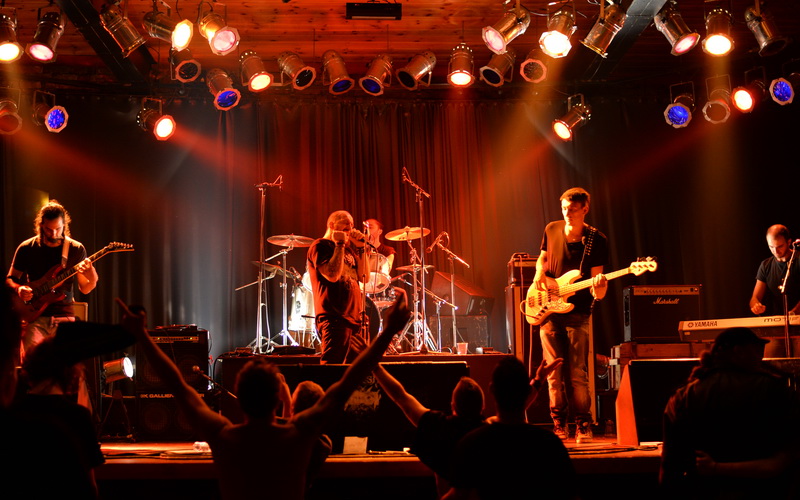